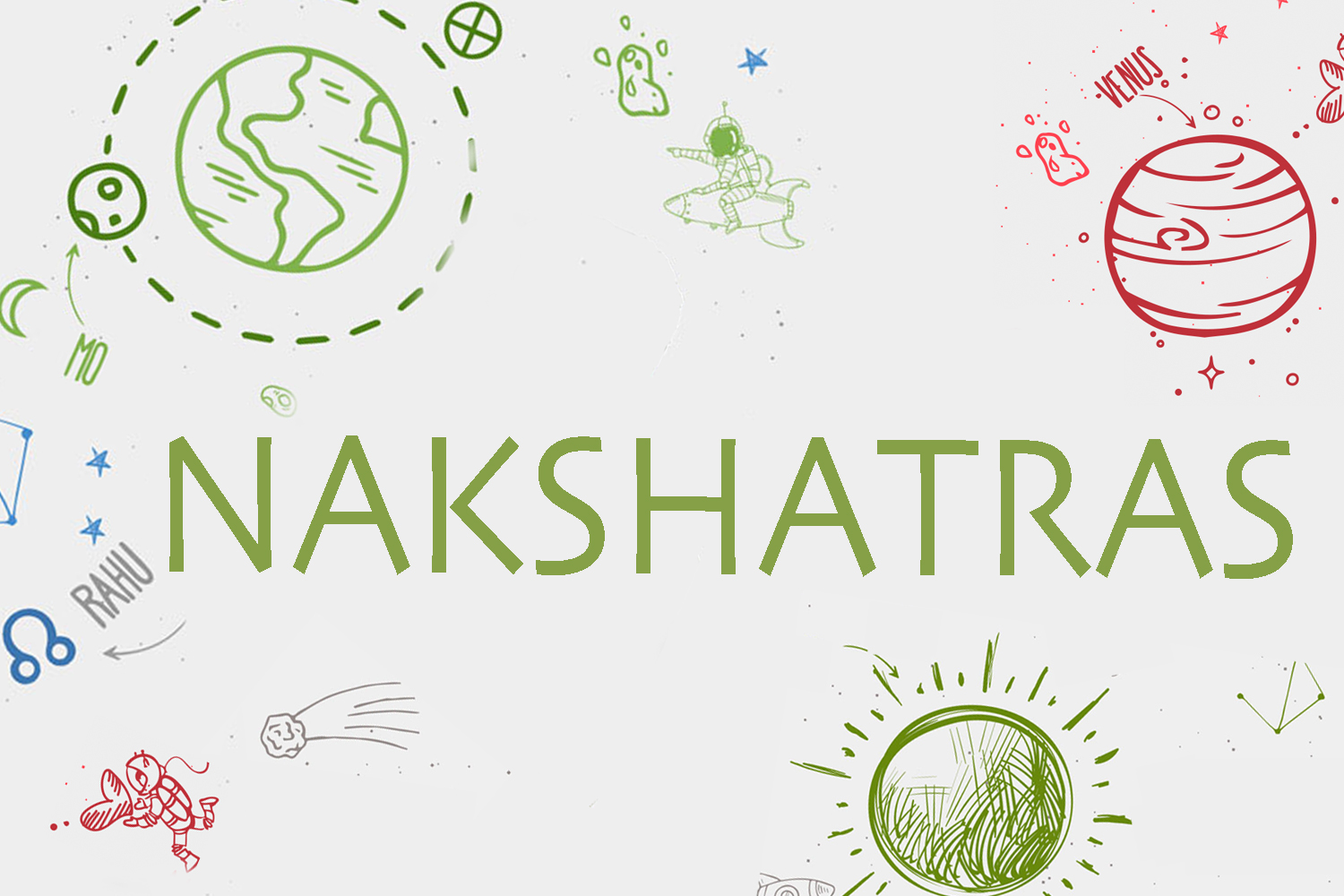 What are the “Nakshatras “?

Nakshatras, the so-called constellations in Vedic astrology, are one of the most interesting parts of Hindu culture and astrology. The term “Nakshatra,” when broken down into its constituent parts: “naks” meaning “sky” and “shetra” meaning “region”, translates into “Sky Map.”

The nakshatras are divisions of 13 degrees 20 minutes starting from zero Aries and ending at 30 degrees of Pisces, 13.20 divided into the 12 signs is 27. The nakshatras are referred to as the lunar mansions because the Moon moves approximately 13.20 per day, therefore,  the Queen (Moon) resides in one lunar mansion per day. The personal planet in which the nakshatra resides will reveal deep information about the individual in relation to the meanings of the houses (area of life), and what houses the planet rules.

The nakshatras are classified in various ways, according to basic attribute, primary motivation (Kama – sensual desires; Artha – material desires; Dharma – living life based on spiritual principles; Moksha – liberation from birth and death), sex, caste, species and so on. They are particularly revealed by their presiding deities, ruling planets and their symbolic form.

In Vedic astrology, the personality traits are read more through the nakshatra of the Moon than by the Sun sign. Nakshatra positions of planets are examined in the birth chart as well. The use of nakshatra is very important in Vedic astrology, much more than with zodiac signs.

Indian astrologers say that the nakshatras represent the abodes into which the fruits of our Karma is transferred and stored.

Below you can find the names of all 27 lunar mansions: