Sun – The King in Vedic Astrology 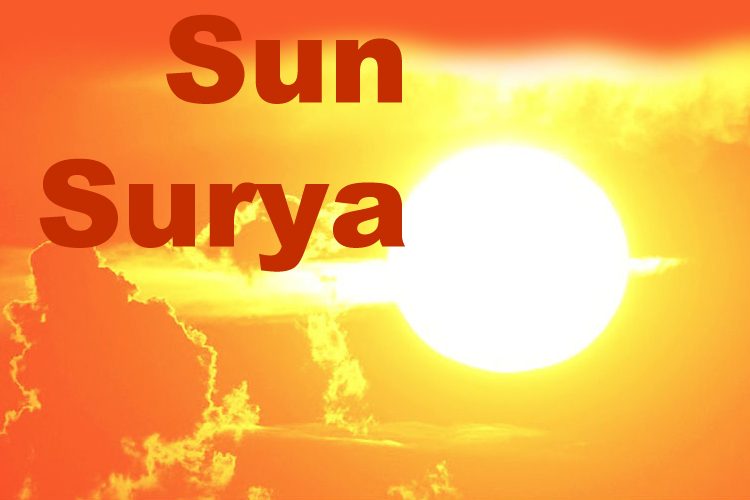 Sun is one of the most important planets/ grahas in Vedic Astrology.  Still when we speak about Hindu astrology, we should keep in mind that Moon takes priority here and this is one of the main differences between Vedic and Western Astrology – Western astrology is based entirely upon the Sun and Sun is the main significator there.

In Vedic Astrology Sun is indicator of:

Due to its heat,Sun is considered to be a mild malefic and have harmful influence in the house where it is positioned. of course all depends on the natal chart of the individual, but still there will be some challenges  in regards with this house

Sun rules the soul and therefore is called the atmakaraka or the soul indicator. According to Vedic Astrologer we are born to be punished by the sun. Soul must take physical form in this material world  suit and pay back its karma, go through the ups & downs of emotions, deal with gain and loss, sadness and happiness, hunger and fulfilment. This is why Surya represents the SOUL and thats why Sun is considered as mild malefic – the soul doesnt like to be here , in this world, but the Sun took it and punish it to take be here on this planet.

Who is Surya in Jyotish?

Surya is trinity. He is the ride of Vishnu, Bhrama and Shiva. All three reside in his realm. The quality of trinity is seen within Surya. Sun is the original form of this Solar system. Sun gave birth to all the planets, life forms, environment and Sun will one day end/destroy its own creation

Surya as the creator of what we see in the sky becomes Indra (The KING). Without Surya there is nothing. There will be no life, no karma, no sense of self.

Sun is the hottest graha in Jyotish. It can burn everything. Including our karmas. Surya is the reason why we are born.