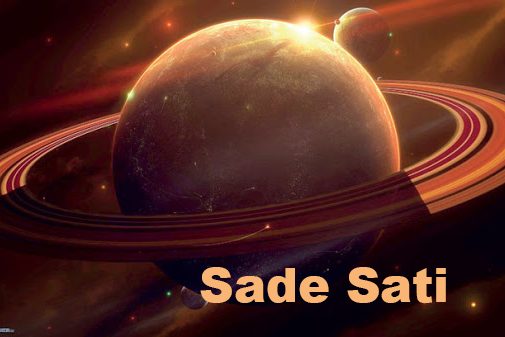 What is Sade Sati ?

If you have ever searched in Google the words “Sade Sati”, you will find all kind of information that this is the most awful period in person’s life, 7 years of bad luck, grief, lessons and so on and so on…… THIS IS NOT TRUE !

Sade Sati is a karmic period,when you will reap, what you sow….

As i said,Sade Sati is a karmic period,which doesnt mean that it is bad and full of chanllanges.it means that you will pay for the actions, you did. This period can be a period of great success, fame and growth. For example Donald Trump became a president of USA,exactly during his Sade Sati.

Most often people have 2 or 3 Sade Sati periods in their life. To be honest the first Sade Sati will be always a little bit more challanging than the others – you need to learn lessons that you will need further in your life or you need to pay karma from your previous lives. The second and the third are in total control of you – if you follow the rules of Saturn, you will receive blessings.

My advice is not to read or listen to any Sade Sati analysis online,without knowing your personal astrological chart and be careful,who is doing your chart,too. For example in Indian culture this period is considered to be really bad and if you go to some Indian astrologists, they can say such bad things that can ruin your life.

How to determine Sade Sati period

In order to know what will be your Sade Sati period, you need to know:

Without knowing all of this, you can not make a real analysis of Sade Sati !

If you follow the rules of Saturn – to serve, to help the people in need, to be disciplined, organized, work hard , follow the laws, the real human values, you dont have to be afraid of Sade Sati.

Categories
Go to Top
We use cookies to ensure that we give you the best experience on our website. If you continue to use this site we will assume that you are happy with it.Ok