Differences between Vedic and Western Astrology 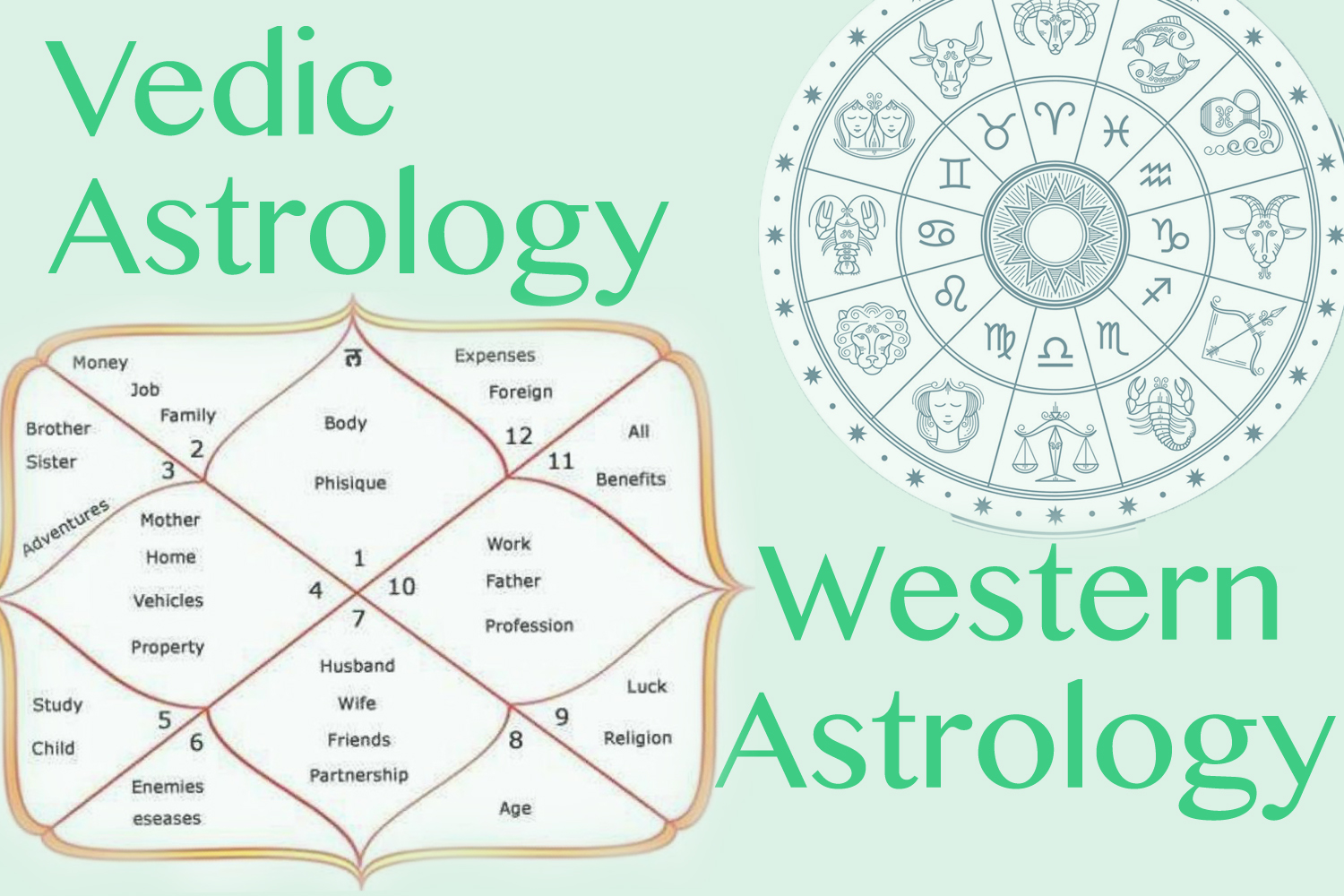 Yes, the question you all asking now is what is the difference between Vedic and  Western astrology.

Basically Indian astrology and Western have many things in common for example the signs and their meanings. Still there are and many differences.

In the following few articles, I will try to present you some of them

Of course, if you need any clarification, please contact me on the chat /contact field – I will try to assist you

the most obvious difference between them is the type of zodiac that is used.  When Western astrology developed, about 1700 years ago, the actual astronomical constellations of Aries, Taurus, Gemini, etc. were exactly placed in the astrological sectors of the zodiac that are, in Western astrology, assigned to Aries, Taurus, Gemini, etc.  However, due to the Precession of the Equinoxes (in which the spring (vernal) equinox has been slowly moving backwards in the zodiac at a rate of 1 degree every 72 years) the constellations have almost disappeared from the sectors, although the sectors still carry the same names.  They bear the names of the constellations that once stood there.

We call the zodiac that the Western astrologers use the tropical zodiac.  The starting point of this zodiac is not based on the position of the stars, but on the position of the Sun.  When winter ends and the days and nights are of equal length (equi-nox), the Sun is at a certain position in the sky.  That point is the starting point of the tropical zodiac.  In Western astrology, the point where the Sun is at the beginning of spring is called zero degrees Aries.  Spring begins when the Sun reaches zero degrees Aries.  We also call this the Vernal (or Spring) Equinox, which is around March 21st.

It would be far too complicated to explain the astronomical reasons here, but basically due to a slight ‘wobble’ in the Earth’s rotation around its axis, the Sun does not return to its exact position in the zodiac each year on the Spring Equinox – it has moved back slightly by just less than one sixtieth of a degree (50.26 seconds exactly).  This is about 1 degree every 72 years.  However, what is important here is to realise that the Western (tropical) zodiac is based on the position of the Sun.

However, we must not expect to find the astronomical constellation Aries at zero degrees Aries.  The Western zodiac is made up of sectors where once certain constellations stood.  However, these constellations have now moved.

Because the Western zodiac is based on the positions of the Sun, we can regard Western astrology as Sun-astrology.  In fact, Western astrology is concerned with the manner is which Sun-energy is distributed through the planets.  The analogy of this is seen in the fact that in the West, the conscious state of the mind and the ego (that is to say, the Sun) are very important.  It is not surprising then, that Western astrology functions especially well in the form of psychological astrology.

On the other hand, Indian astrology is concerned with the relationship of the human being as a part of the total cosmos.  The zodiac used by Vedic astrologers is based upon the positions of the stars.  This is called the sidereal zodiac.  The sidereal zodiac is also somewhat schematic because naturally not every astronomical constellation is precisely 30 degrees.  However, the sidereal sign Aries is much closer to the position of the astronomical constellation Aries than is the tropical sign Aries.  Furthermore, the midpoint (the 180° point, which is also 0° Libra) of the Indian zodiac is the constant star Spica.

Indian Astrology therefore uses the sidereal zodiac which is based on the true astronomical positions of the planets in the constellations.  This zodiac never changes.  By contrast, Western Astrology uses the tropical zodiac which is based on the position of the Sun on March 21st (The Spring Equinox) and this is defined as 0 degrees Aries, irrespective of the true astronomical position of the Sun.  In 72 years’ time, this point will have moved 1 degree backwards in the true astronomical zodiac.  Currently, this position is about 6 degrees Pisces, and moving backwards!  That is, it is 24 degrees displaced from the 0 degree Aries starting point.

This means that if you are born on 26th March you will be Aries Sun sign in Western astrology, but in Vedic you will be Pisces due to the 24 degrees difference.

Just to remind you that these 24 degrees difference is increasing with 1 degree every 72 years ! in Vedic astrology this difference is called Ayanamsa

If its too complicated, please write me in the chat field on my website and I can explain you

Below you can see the sign and the approximate period they have – I am writing approximate, because this may  depend  on the hour and year of birth due to the Ayanamsa