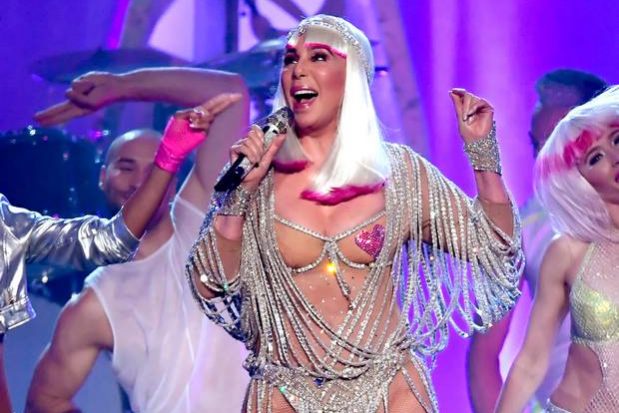 Cher is one of the most amazing pop star in the American entertaining business. i have found her chart really by surprise in the web and decided that it will be interesting for all people who are reading my website to see a short vedic analysis of her chart.

Cheryl Sarkisian LaPiere (better known as Cher) (born on May 20, 1946 (birth time source: Contemporary American Horoscopes , Astrodatabank), is an American actress, singer, songwriter, and entertainer. Among her many accomplishments in music, television, and film, she has won an Academy Award, a Grammy Award, an Emmy Award and three Golden Globe Awards. Cher first rose to prominence in 1965 as one half of the pop/rock duo Sonny & Cher. She also established herself as a solo recording artist, releasing 26 albums, numerous compilations and tallying 22 Billboard Top 40 entries over her career. These include twelve Top 10 singles and four number one singles.

This is the Vedic chart of Cher

As you all know, apart from her brilliant career as singer and actress, she is really famous with her plastic surgeries . Maybe you are asking how we see that in the chart ?

The answer is – the Lagna, so called Ascendant. Here prominent role plays the Nakshatra of the ascendent – Ardra. This constellation is part of the Gemini sign and it brings new growth by eliminating the old rubbish. obviously she did this in a very literal way. With her plastic surgery she is eliminating the old and transforming it into something new. Ardra Nakshatra is a Nakshatra of transformation. Maybe this is the reason for her really unique transformation on the scene, changing her hair, outfit, costumes and the whole appearance

Her Sun is in Taurus, 12th house – this means issue with father and her fame may come from foreign lands. As far as i know her mega hit “Believe” was recorded in UK. What is interesting here is that the Sun is in Kritika naskhatra . The symbol of the constellation is a knife and the transaltion is “the one who cuts”.  We can connect that to her plastic surgery again or with her cutting opinion and words

We can see difficult childhood from her chart – debilitated Mars in 2nd house – the house of family ,money and resources, we see Saturn on the Ascendant.

Beauty – she has a specific cold beauty – this we can see in the 1st house -Saturn and Venus are together. And of course Moon in the nakshatra of Purva Ashadha makes her very sexual.

Popularity – Moon in 7th house can bring a lot of fame and especially if it is linked to partnership. As we all know, she became famous with her duet Sony and Cher.

Basically this chart shows more transformations and changes of the person and if there was not help from her partner at that time,Sony, i dont think she would have the same success. Maybe this was her karma…..

i hope you liked that short Vedic analysis, if you want to know yours, please check the consultation page