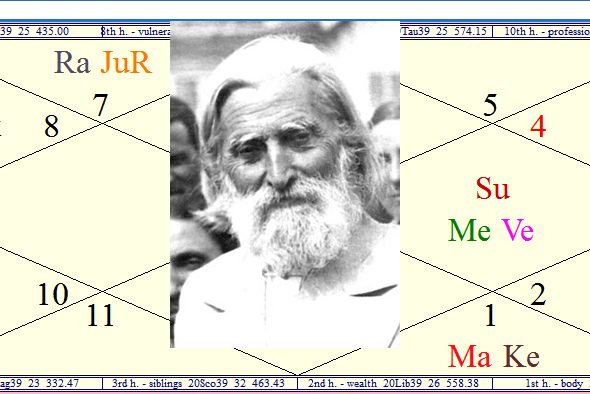 Peter Deunov, also known by his spiritual name Beinsa Douno  and often called the Master by his followers, was a Bulgarian philosopher and spiritual teacher who developed the White Brotherhood

Several thousand of Deunov’s lectures were recorded by stenographers and are documented in the form of deciphered stenograms (some modified by editing and others left intact). These contain the essence of Deunov’s teaching. There are also a number of songs and prayers, among which The Good Prayer from 1900 is regarded as the most special

Before sharing some of his wisdom, here in this website, please check the small Vedic analysis that i have made of his chart